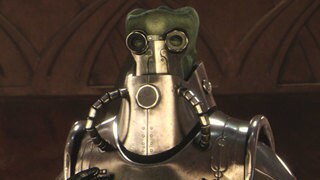 A powerful galactic guild comprised of technology firms, the Techno Union was led by its lead engineer, Wat Tambor, during the final years of the Republic. The group helped create the battle-droid armies used by the Separatists, and Tambor pledged its loyalty to Count Dooku during the Separatist Crisis. Despite its Separatist ties, the Techno Union was represented in the Republic Senate, with Gume Saam speaking on its behalf. Tambor died on Mustafar at the end of the Clone Wars.