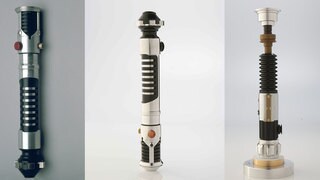 During his years as a Jedi, Obi-Wan Kenobi fought with three lightsabers. His first had a blue plasma blade and a hilt similar to that of his master, Qui-Gon Jinn. Obi-Wan used this weapon until Darth Maul kicked it into a deep shaft on Naboo. He then constructed a new, blue-bladed lightsaber with a similar design. After attaining the rank of Jedi Master, Obi-Wan built a third saber, also with a blue plasma blade. He used this saber until he sacrificed his life aboard the Death Star, allowing himself to be struck down by Darth Vader so Luke Skywalker could escape. 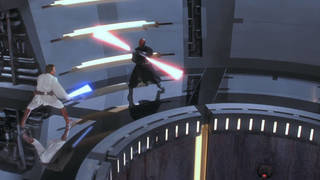 On Naboo, Qui-Gon and Obi-Wan team up to defeat Darth Maul in a lightsaber duel. After cutting Qui-Gon down, Maul faces off with Obi-Wan, who defeats the Sith Lord by sending his bisected body into a deep melting pit. 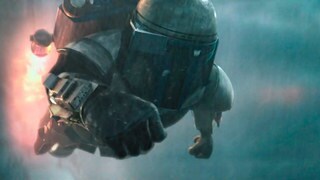 Pursuing Jango to a landing platform on Kamino, Obi-Wan tries to prevent the bounty hunter and his son Boba from escaping.