A sentient species from the Inner Rim world of Yag’Dhul, Givins’ white, skeletal-looking faces and seemingly anguished expressions are unsettling to humans. Givins have an innate mathematical ability which makes them experts in a number of scientific fields. A Givin was in the crowd of barflies at the Mos Eisley cantina when Luke Skywalker and Obi-Wan Kenobi met Han Solo and Chewbacca; later, Skywalker pursued a dangerous mission to free the Givin cryptographer Drusil Bephorin so she could lend her skills to the Alliance. 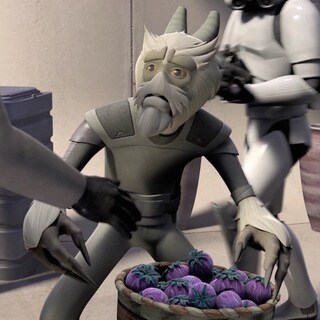 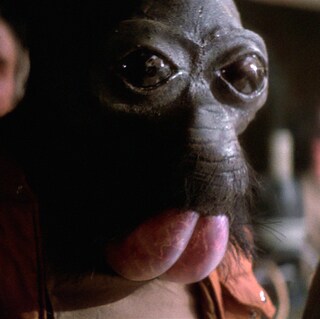