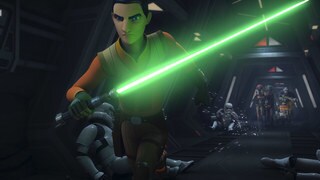 His original lightsaber destroyed by Darth Vader on Malachor, Ezra built a new Jedi weapon. Ezra’s new lightsaber featured a hilt with a black grip and silver accents, along with a green blade. 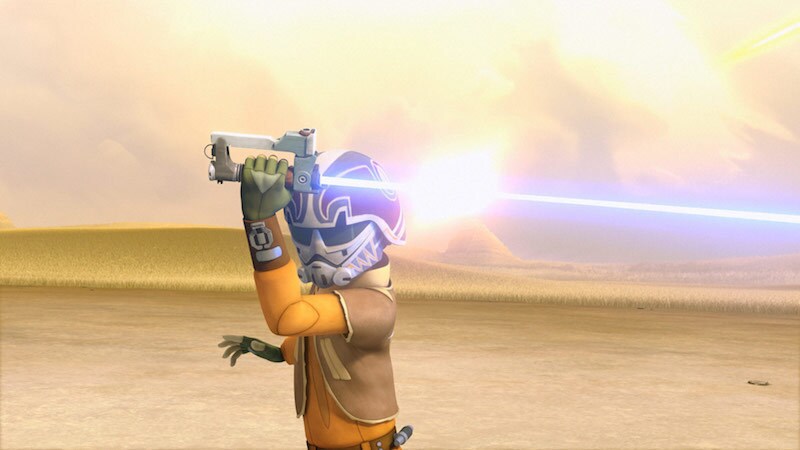 Upon his surprise discovery of a kyber crystal in Lothal's secret Jedi Temple, Ezra Bridger built his own lightsaber. Using gear and materials gifted him by his friends, Ezra's lightsaber has a more utilitarian appearance than a typical Jedi weapon. It also has a hidden feature: Ezra built in a firing mechanism, allowing his lightsaber to shoot stun blasts. 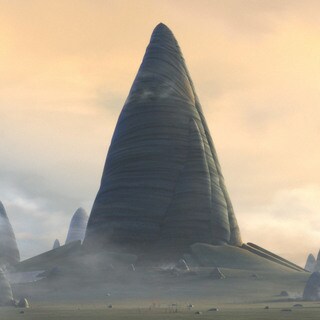