A survivor of Order 66, Kanan Jarrus hid his Jedi identity from all but those closest to him. Carrying a lightsaber openly would be too dangerous in the age of the Empire, so he kept his Jedi weapon in disparate pieces on his belt. Kanan would assemble his lightsaber, which had a blue plasma blade, only when necessary. 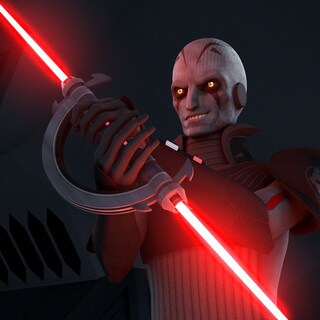