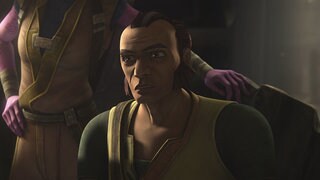 A disillusioned clone trooper who saw too many of his fellow brothers die in combat, Cut Lawquane left the service. The deserter attempted to carve a new life for himself as a simple farmer on Saleucami, wanting only to live in peace with his wife Suu and their children, Jek and Shaeeah. However, nowhere was safe from the Clone Wars and even after the last battle, the Empire's interest in his world forces Cut and his family to flee their home. 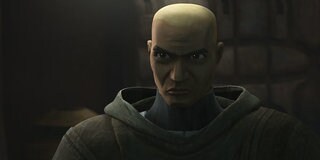 The clone known as Rex served the Republic during the Clone Wars, often taking orders from Anakin Skywalker and Ahsoka Tano as first a captain and later a commander. He viewed military service as an honor, and he always completed his mission. Fond of using two blaster pistols at the same time, Rex customized his armor with distinctive blue markings. His loyalty to the Republic and his Jedi Generals was absolute, but even such a dedicated veteran soldier found himself plagued by doubts as the Clone Wars claimed more lives and brought ruin to more worlds. When Order 66 was executed, it was Ahsoka who helped to free Rex from the programming of his inhibitor chip. At the dawn of the Empire, Rex has escaped with his life but is considered killed-in-action in the eyes of the new regime. That allows him to operate in the shadows and help the handful of clone brothers who remain separate from the Imperial ranks. 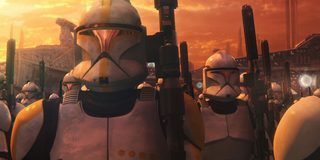 At the time of their introduction, the Republic clone troopers represented the future of galactic warfare. Far superior to battle droids, the clone troopers formed the backbone of the Republic's new military that waged war against the forces of the Confederacy of Independent Systems. So symbolic were they of the times, the galaxy-wide conflict that saw their debut took its name from their ranks: the Clone Wars. 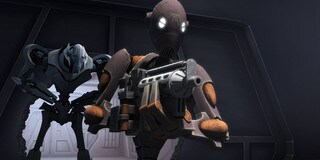 An enormous improvement over the standard battle droid, commando droids are elite warriors too expensive to produce in huge numbers. These stealthy yet powerful warriors are tougher and faster than their clanker cousins. Complex engineering gives them incredible agility, while advanced processors let them think fast on their nimble feet.