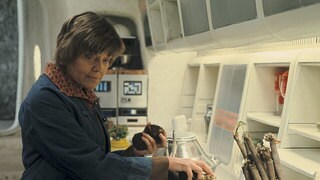 As a young, shy girl, Beru Whitesun's aspirations did not reach beyond Tatooine. She was content to marry Owen Lars and lead the tough life of a moisture farmer. Beru also fulfilled the role of guardian and substitute mother to young Luke Skywalker, and repeatedly voiced her support for his dream of joining his friends at the Academy. Beru fell victim to the Empire when Imperial stormtroopers raided the family farm in search of droids thought to have top-secret plans for the Empire's ultimate weapon, the Death Star.