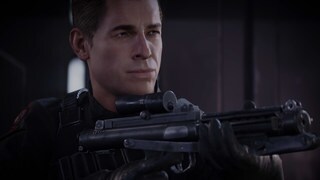 An orphan from Kuat, Gideon Hask found a family with the Empire. Having honed his combat skills from a young age, he was selected by Admiral Garrick Versio to join the special forces unit Inferno Squad. His bravery and dedication to the Empire are matched only by his disdain for those who would stand in its way.