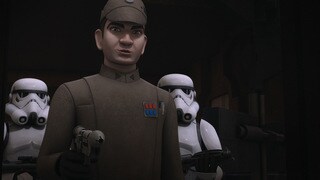 An Imperial military commander, Slavin is mostly considered to be a clumsy strategist, but has seen success under Grand Admiral Thrawn's leadership. 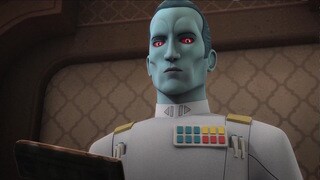 In this clip from Star Wars Rebels Season Three, Hera and Ezra go undercover. But the captain of the Ghost crew unwittingly gains the attention of a high-ranking Imperial: Grand Admiral Thrawn. In this clip from the Star Wars Rebels episode "Hera's Heroes," Grand Admiral Thrawn meets with Hera Syndulla, revealing his approach to war...and an unsettlingly deep knowledge of his enemies.

During the Galactic Civil War, Captain Slavin battled the Twi’lek fighters of Ryloth. He was mostly ineffective -- until Grand Admiral Thrawn arrived. Under Thrawn’s guidance, Slavin took the planet and remade rebel leader Cham Syndulla’s home into his headquarters. Cham’s daughter Hera, however, would seek justice, and ultimately sacrificed her home rather than see it in the hands of the Empire.

Slavin was charged with picking up secret cargo -- a massive kyber crystal -- but found more than he bargained for at the meeting point. Members of the Ghost crew and Saw Gerrera found the cargo first, and Gerrera weaponized the giant stone. It exploded, taking Slavin and his ship with it. 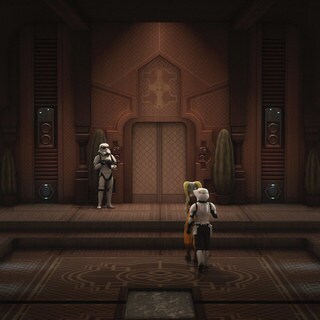 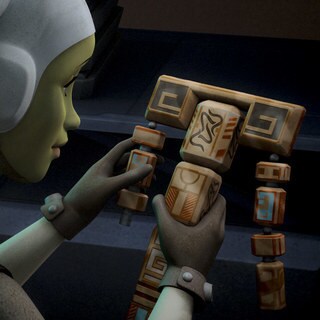