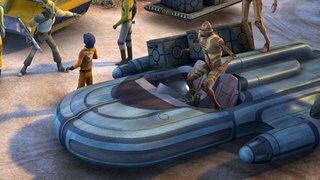 The RGC landspeeder was a fast on-world hover vehicle, though it was larger than typical landspeeder models. Featuring two seats, the bulky rear of the RGC supported the transport of heavy cargo. Lothal gangster Cikatro Vizago's thug droids drove an RGC, taking advantage of its speed and size to make quick getaways and move weapons easily. Coruscant thieves Cassie Cryar and Ione Marcy used an RGC airspeeder (a high-altitude model) during the Clone Wars, as these vehicles were non-descript, fast, and cheap. Cad Bane did the same when he kidnapped C-3PO. 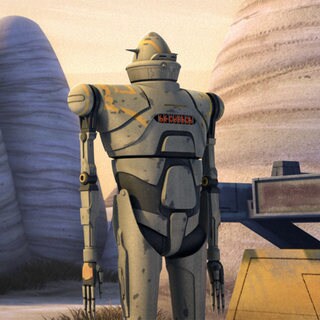 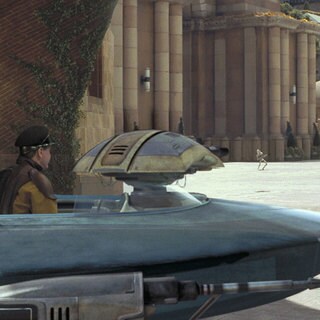 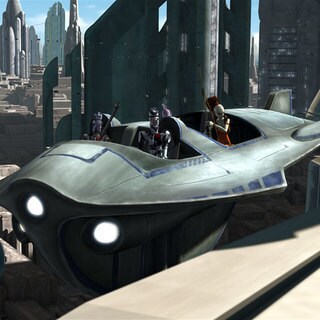