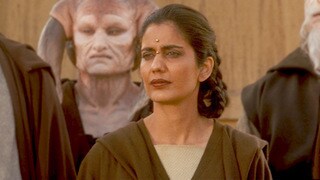 A Chalactan Jedi, Depa Billaba served on the Jedi Council in the final years of the Republic. She witnessed the discovery of Anakin Skywalker, whom Qui-Gon Jinn believed to be the Chosen One, and tried to determine the will of the Force as the galaxy slid into tumult and war. During the Clone Wars Billaba would would take Caleb Dume on as her Padawan, but was unable to finish his training before the dreaded Order 66. Forced into hiding, Caleb took the name "Kanan Jarrus."