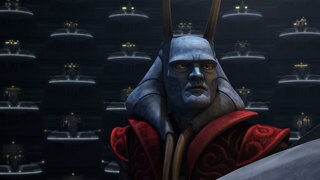 These amphibious bipeds had long, black forked tongues, blue skin, and two pairs of horns. The top pair of horns protruded from their skulls and the other pair came from fleshy head tails that grow over their shoulders. A Chagrian, Mas Amedda, rose to the rank of Vice Chair of the Galactic Senate during the waning days of the Republic and became Grand Vizier to Emperor Palpatine at the formation of the Empire. 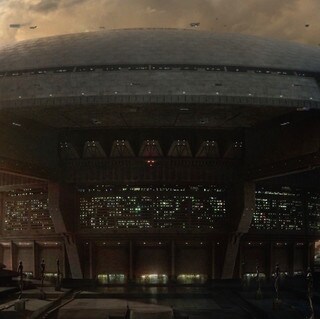