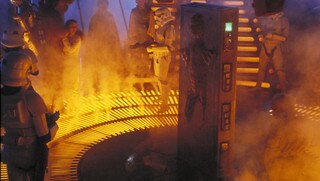 Carbon-freezing is an industrial process that encases highly pressurized gases inside solidified carbonite. In Cloud City, Darth Vader decided to freeze Luke Skywalker in carbonite for transport to the Emperor. (As Anakin Skywalker, he’d undergone the process himself to evade Separatist life detectors.) Before setting his trap for Luke, Vader tested the process on Han Solo. The smuggler survived, and was later freed by Princess Leia in Jabba’s palace, though hibernation sickness left him temporarily blind. 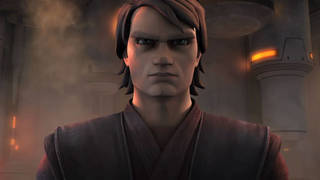 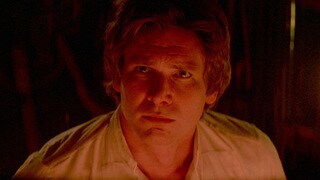 Darth Vader orders Han Solo encased in carbonite, and Leia is helpless to prevent it. 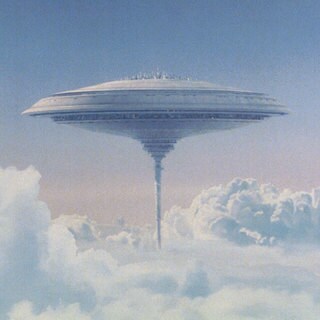