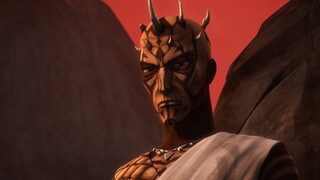 A male Zabrak from Dathomir, Brother Viscus lived through the era of The Clone Wars as a leader of Nightbrother village. When Asajj Ventress sought out an instrument of her revenge, he supervised a tournament that chose Savage Opress as the new apprentice they would use to betray Dooku. Later, he would be sent by Mother Talzin to Ord Mantell to aid Darth Maul and the Shadow Collective as they fought to capture Count Dooku and General Grievous. He was badly wounded in the fight, but lived to fight another day.