A barren world of frost and rock, Agamar was the site of a Clone Wars battle between the Republic and Separatists. Years after the end of the war, Clone War veteran Captain Rex and a band of rebels visited the planet searching for weapons, and encountered a still-active reserve of Separatist droids. The Super Tactical Droid commander demanded they have one last battle to decide the war, but the groups ultimately joined forces to take on a common enemy: the Empire. 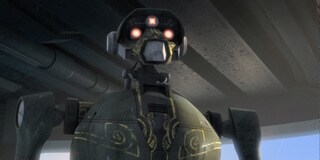 In this clip from the Star Wars Rebels episode "The Last Battle," Captain Rex and Kanan find themselves the prisoners of a Super Tactical Droid and its battalion -- still functioning years after the Clone Wars. 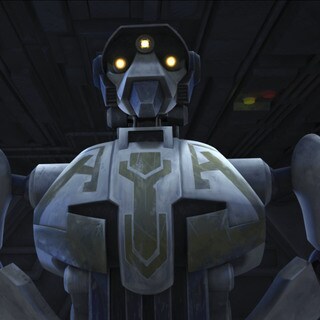