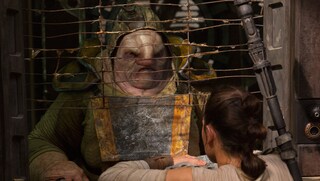 A hulking Crolute, Unkar Plutt is the junkboss of Jakku, doling survival rations out to scavengers in return for salvage from the Graveyard of Ships. The ruthless Unkar uses hired muscle to enforce his stranglehold on barter, sending his thugs to punish any scavenger who dares dabble in unauthorized trades or negotiates too aggressively. The Blobfish – as scavengers call him behind his broad back -- has collected all matter of weapons, gears and ships over the years, including a battered Corellian freighter he keeps under a tarp on the outskirts of Niima Outpost. 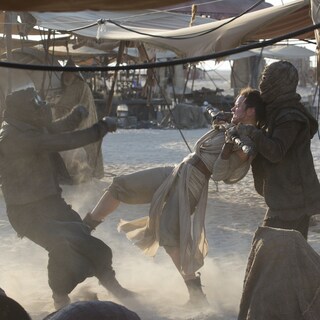