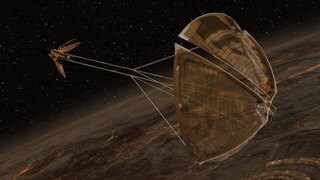 Built by the Geonosians, Count Dooku’s Punworcca 116-class interstellar swoop was an example of a solar sailer, a beautiful and expensive ship notable for the sails it would unfurl for interstellar flight. Dooku’s solar sailer brought him from Geonosis to Coruscant after the opening battle of the Clone Wars, and he later lent solar sailers to his apprentices Asajj Ventress and Savage Opress. 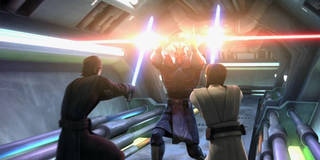 After a grueling fight with Count Dooku and Asajj Ventress, Savage batters his way back to the frigate's hangar, past Obi-Wan and Anakin and a squadron of battle droids. The weary warrior had no interest in conquest, only escape.