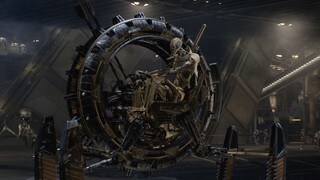 Lightning-quick, the TSMEU-6 wheel bike was General Grievous’ vehicle of choice during the Separatist invasion of Utapau. As its name implied, the wheel bike featured a large wheel which would spin and give the transport its fast movement and maneuverability. The TSMEU-6 was a single-passenger vehicle, with one seat next to its wheel, and could reach speeds of up to 330 kilometers per hour when rolling, and 10 kilometers per hour when running on its retractable legs. It also had significant firepower, with a powerful double laser cannon. Despite this functionality, Grievous’ wheel bike would be destroyed during a failed attempt to flee from Obi-Wan Kenobi in one of the last battles of the Clone Wars. 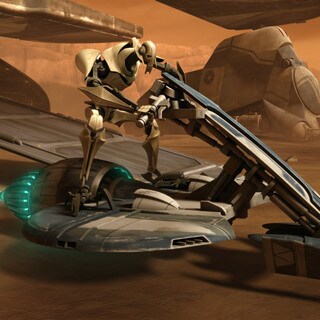