This deadly waterborne virus was considered extinct by the time of the Clone Wars, but the Separatist researcher Nuvo Vindi re-engineered it, adapting it to spread through air instead of water. Vindi considered the virus a perfect organism, and imagined a galaxy where it was the only living thing, having killed everything else. He worked to release the virus on Naboo, but was foiled by clones led by Padmé Amidala and Ahsoka Tano. 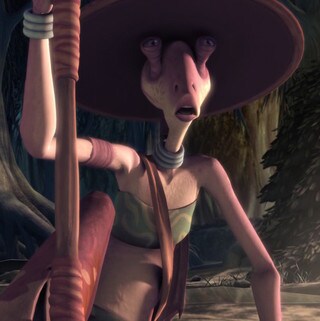