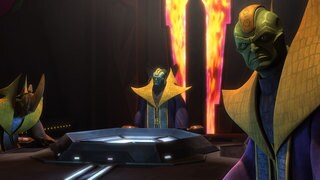 During the Clone Wars, the focus of the Jedi Knights on defeating the Separatists meant a decline of law enforcement, particularly in the sparsely patrolled Outer Rim Territories. This allowed criminal elements, like the notorious Black Sun syndicate, to flourish. The Black Sun's tentacles reach across many worlds. Many of the organization's operatives had no idea that they were benefiting Black Sun, so layered and intricate were the fronts that the syndicate hid behind. During the time of the Clone Wars, Black Sun was led by a cabal of Falleen nobles, who operated out of a well-defended fortress on Mustafar. The group’s Mustafar operations weren’t impregnable, however – Asajj Ventress and Quinlan Vos penetrated them to retrieve a family of captives taken in an underworld dispute between Black Sun and the Pyke Syndicate. 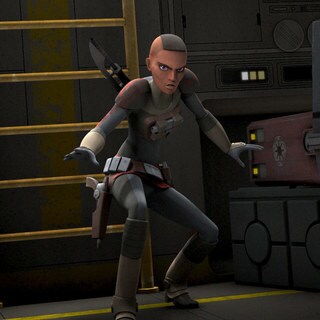 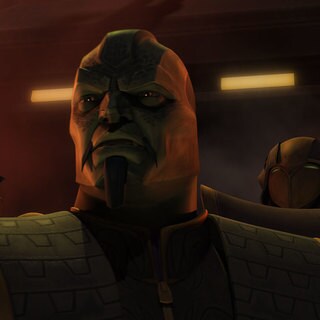 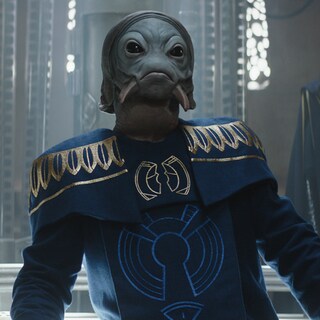