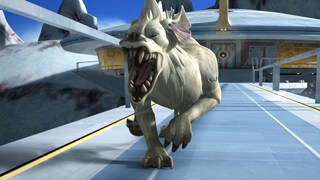 These vicious creatures lived throughout the Outer Rim. They had pronounced lower jaws and sharp teeth, fearsome growls and thick patches of fur across their spines. They were trainable animals and during the Clone Wars, the bounty hunter Embo took one named Marrok as a working pet. A stylized Anooba also appears on the armor of Sabine Wren. 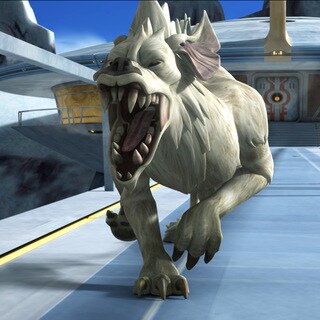 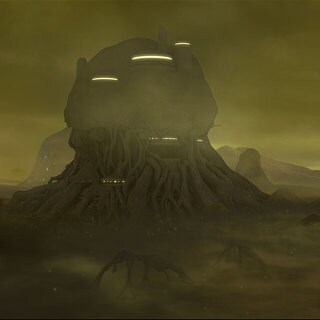 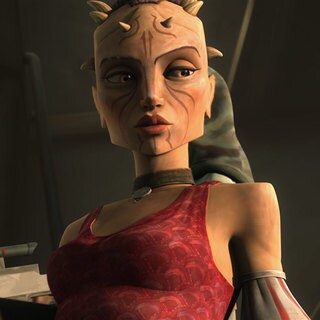 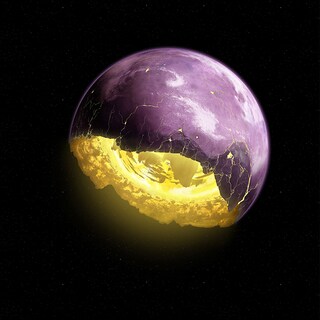