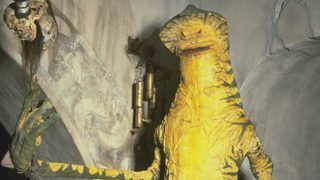 Amani were a species with yellow-and-green colored skin, short legs and large hands connected to arms long enough to reach the ground. Amani often carry with them a staff on which is strung a number of skulls, presumably obtained first-hand. Found on Utapau, they are usually found on the plains or underground, but rarely venture into the cities. 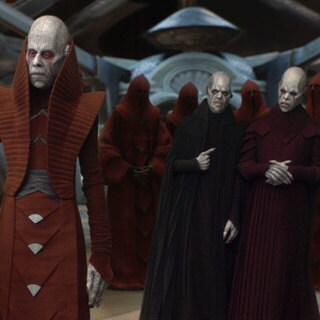