A somewhat timid astromech droid that served with Jedi Thongla Jur during the Clone Wars, U9-C4 was called upon to serve the Republic as part of D-Squad, an all-droid special missions unit led by the gruff Colonel Meebur Gascon. To carry out the vital assignment of capturing a Separatist encryption module, Ceefor was outfitted with an intense laser cutter capable of slicing through most materials. To fire the laser, Ceefor had to anchor itself firmly since the modification packed quite the recoil. 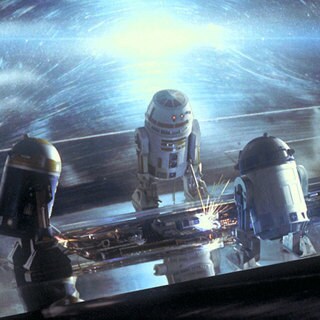