Tauntauns are a species of snow lizard found roaming the windswept snow plains of Hoth. The Rebel Alliance domesticated the swift creature during their stay on the ice planet, and used the animals for patrol duties outside Echo Base. The animals came in useful as the rebel technicians had difficulty adapting their repulsorlift speeders to the subzero temperatures. Though tauntauns are sure-footed and well equipped to handle Hoth's daytime temperature, the chilling extremes of a Hoth night will prove deadly. 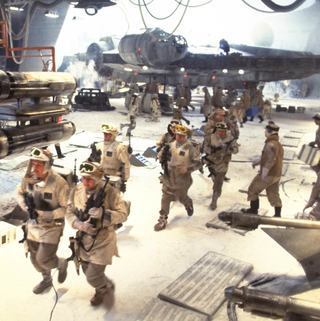