Serving alongside the aged Jedi Master Tera Sinube with distinction that drew the attention of the Jedi Council, M5-BZ was called upon to serve the Republic as part of D-Squad, an all-droid special missions unit led by the gruff Colonel Meebur Gascon. To carry out the vital assignment of capturing a Separatist encryption module, Beezee had its cranial memory module gutted to allow room for a mobile command center that would house Gascon. 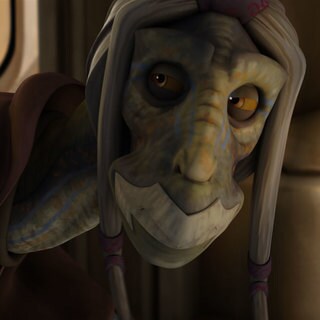