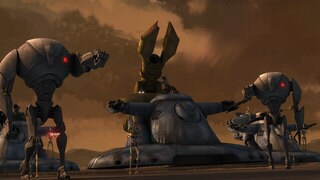 Lok Durd, a weapons developer and general in the Separatist army, conceived of the Defoliator as a means of eradicating living troops and terrain while leaving the battle droid forces unscathed. Once detonated, a Defoliator capsule creates a growing radius of destructive energy that scorches all living matter in its path. To launch these specialized warheads, Durd developed the DDT -- the Defoliator deployment tank -- a modified AAT that can support a heavy artillery launcher as its primary turret armament. For increased stabilization, the tanks lower skirt extends further back than a standard AAT, increasing the length of the vehicle to over 12 meters. 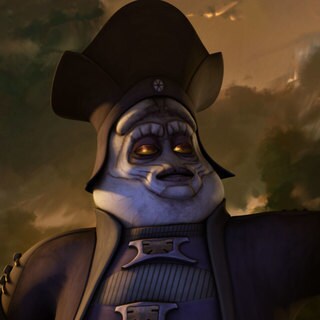