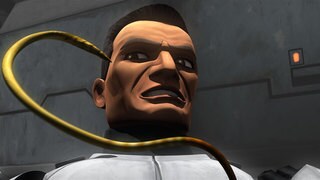 These wormlike parasites were one of the Geonosians’ greatest secrets, able to control the brains of living hosts and even animate dead Geonosians. Karina the Great, the planet’s secret queen, attempted to take control of Jedi Master Luminara Unduli after the Second Battle of Geonosis. That effort failed, but brain worms took over the clones of Tango Company while traveling aboard a medical frigate. Hunted by the possessed clones, Ahsoka Tano desperately searched for a way to reverse the infestation. 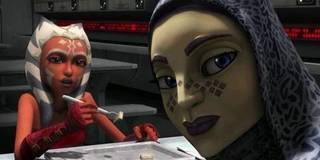 Is something wrong, troopers?

Ahsoka and Barriss are confronted by a pair of tainted troopers but fight them off before they are defeated.