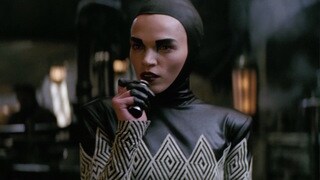 A feared bounty hunter, Bazine Netal grew up on Chaaktil, where she learned a range of deadly martial arts at Delphi Kloda’s combat school. Netal’s baffleweave dress jams sensors, while her black cowl hides burn damage inflicted by a flamethrower in her youth. Netal is a deadly opponent whose typical arsenal includes a snub-nosed blaster, poisoned dagger, throwing knives and concealed thermal detonators. She was at Maz’s castle in the company of Grummgar when Han Solo, Finn and Rey arrived, and slipped away to report their location to the First Order. 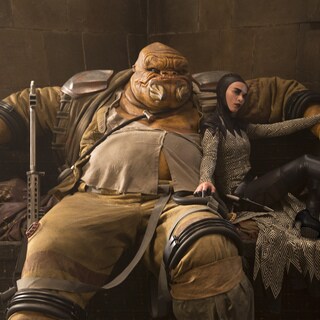