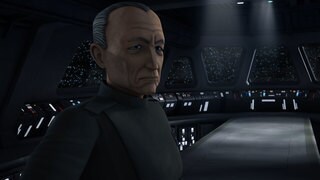 With a stern face, steely glare and unmistakable command presence, Admiral Coburn served at the side of General Plo Koon during the Clone Wars. The taciturn fleet officer measured his words precisely, offering clear commands in a clipped accent. Coburn's rigid military discipline served him well in executing some of the more daring missions under Jedi leadership. He commanded a four-cruiser task force into the thick of a Separatist fleet cordon over Lola Sayu to facilitate the rescue of a strike team that invaded the Citadel installation. Coburn also led a Jedi light cruiser in extracting prisoners from the Zygerrian slave processing facility on Kadavo, steering the vessel dangerously close to the facility. 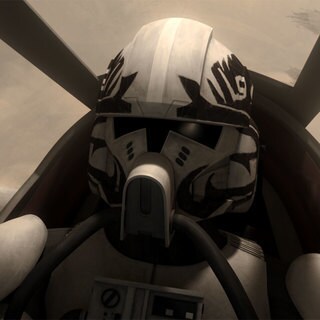