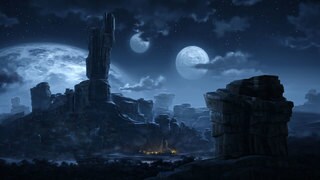 A moon used by the Mandalorian Death Watch as a temporary base during the Clone War, Zanbar is marked by stretches of swampy vegetation pierced by towering plateaus of striated rock. Death Watch settled a camp here sometime after abandoning a similar base on Carlac. It was on Zanbar that the Shadow Collective masterminded by Darth Maul began to take shape, and representatives from the Pykes and Black Sun convened here to plot their underhanded takeover of Mandalore. 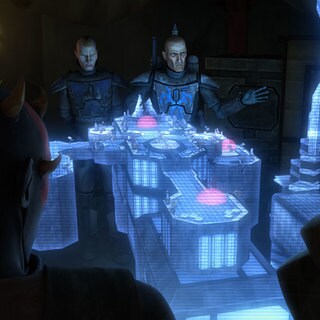