Two generations of the Lars family sought to make a living on this hardscrabble farm on Tatooine, spending decades in the unforgiving climate coaxing moisture from the sandy planet's arid skies. Anakin Skywalker visited the farm in search of his mother Shmi, who’d married Cliegg Lars but been kidnapped by Tuskens. Later, Luke Skywalker grew up there, raised by Cliegg’s son Owen and his wife Beru while Obi-Wan Kenobi kept watch from afar. 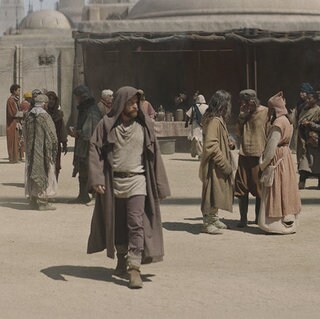