Tee Watt Kaa was a male Lurman from the world Maridun, deep in the Outer Rim. He was the leader of his village and stubbornly pacifist. His white beard and set him apart visually from the rest of the Lurmen in his village. When the Separatists invaded his world, he refused to allow Ahsoka Tano and Commander Rex to assemble a resistance from his people. Some rebelled and did fight, much to Tee Watt Kaa’s dismay. Even though it saved their village, it opened up their world for Republic control. 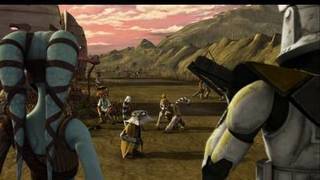 Both Maridun and Aayla Secura earned the spotlight in comic books long before their appearance in Clone Wars. Director Dave Filoni talks about how they ended up in the series. 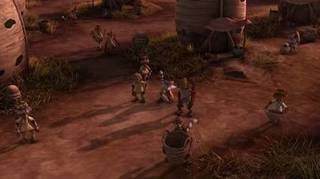 Are the Jedi peacekeepers or war-mongers? Many of the truths we cling to depend greatly on our own point of view.