A pump-action scatter blaster rifle made by Merr-Sonn Munitions, the SX-21 proved valuable to Imperial mudtroopers in the tough fighting against Mimban’s native insurgents. When he escaped Imperial captivity, Chewbacca used an SX-21 as a temporary substitute for the bowcaster favored by Wookiee warriors. 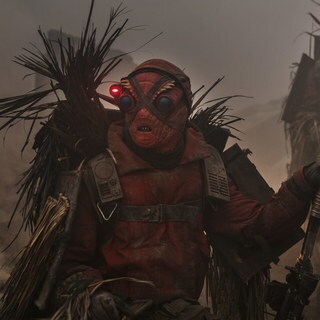