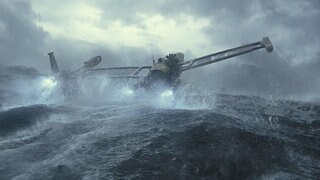 On Kef Bir, Jannah and her company of First Order exiles have cobbled together two sea skiffs from Imperial-era repulsorlift vehicles used during the construction of the second Death Star. The exiles use these agile yet sturdy craft both for fishing and for salvaging wreckage from the moon’s oceans. Rey commandeers one skiff for the perilous journey to the Death Star ruins offshore, with Jannah and Finn following aboard its twin. 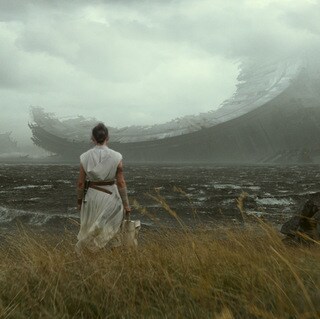