The Gabordin first mate of the Meson Martinet, Quiggold is loquacious where his captain, Sidon Ithano, is typically silent. Quiggold is notable for his peg leg (made from a fuel funnel) and his ever-present prayer beads (made from hyperdrive plotter pins). Quiggold did the talking when Finn met with him and Ithano at Maz’s castle, seeking a place in the Martinet’s crew. 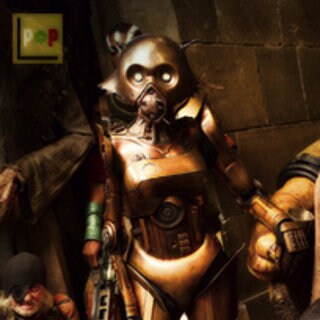