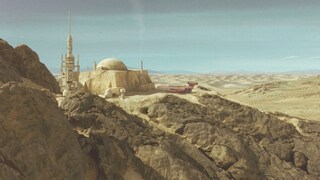 After the fall of the Republic and the near-extinction of the Jedi Order, Obi-Wan Kenobi spent his exile in a simple adobe house in Tatooine’s Jundland Wastes. There, he learned to commune with the spirit of his former master Qui-Gon Jinn and watched over Anakin Skywalker’s son Luke. When Darth Vader captured Princess Leia over Tatooine, she hid the Death Star plans in R2-D2’s memory banks and gave the little droid the coordinates of Kenobi’s home. Princess Leia pleas for General Kenobi's help in their struggle against the Empire in a holographic message played by R2-D2. 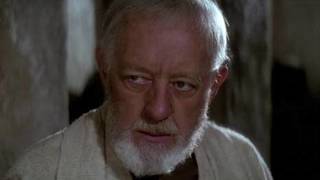 A Certain Point of View

Inside his home on Tatooine, Obi-Wan tells Luke about his father, Anakin Skywalker, although his name goes unmentioned. Obi-Wan attributes Anakin's death to a rogue pupil of his, Darth Vader, who betrayed and murdered the young Jedi.