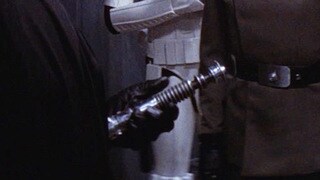 After losing his father’s lightsaber on Cloud City, Luke Skywalker constructed a replacement with a green plasma blade, its hilt similar to that of Obi-Wan Kenobi’s weapon. Luke hid his lightsaber inside R2-D2’s dome during his mission to rescue Han Solo from Jabba the Hutt, and surrendered the weapon to Darth Vader as part of his effort to reawaken the spirit of Anakin Skywalker. Luke surrenders to Vader and acknowledges the Sith Lord -- who was once Anakin Skywalker -- is his father. Vader claims the name no longer holds any meaning for him, and refuses his son's pleas to join him. 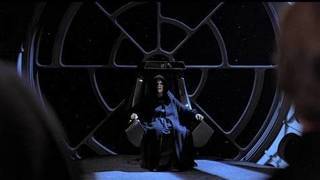 After Luke Skywalker surrendered himself to Vader, the Dark Lord brought the young Jedi before the Emperor on the Death Star. There, the Emperor tempts Luke to the dark side of the Force, claiming it will be the only way to save his Rebel friends.