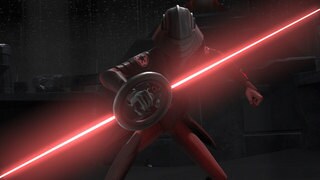 Nimble and menacing, the Eighth Brother was a deadly Terrelian Jango Jumper Inquisitor. Dispatched by Darth Vader, he was sent to Malachor to attempt to find and capture Maul, and instead found himself face to face with Ezra Bridger, Kanan Jarrus, and Ahsoka Tano. The Eighth Brother often used his double-bladed, spinning lightsaber to propel himself through the air, making for sneak attacks and quick escapes. This method proved unwise, however, when he jumped off the edge of the Malachor Sith Temple with his damaged lightsaber, and fell to his death. In this clip from the Star Wars Rebels season two finale “Twilight of the Apprentice,” Ezra, Kanan and Ahsoka explore an abandoned temple, but It isn’t long before they are interrupted by a glowing red blade… 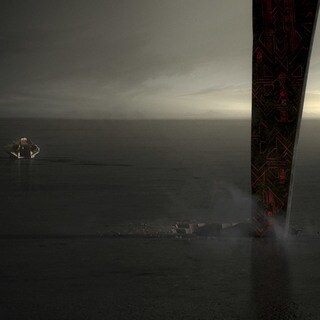