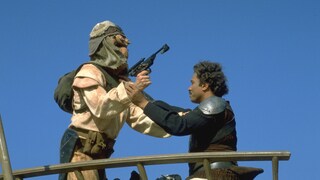 These compact blaster pistols were favored by elements of the underworld, particularly those based on Tatooine. In the early days of the Galactic Civil War, former Jedi Kanan Jarrus carried one, using it far more often than his secret lightsaber. Later in the war, DL-18s were in wide distribution inside Jabba’s Palace in the last days of his life. Luke Skywalker used the Force to snatch one from one of Jabba’s men, just before he fell into the rancor pit below Jabba’s throne. 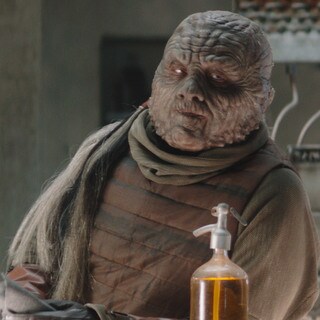