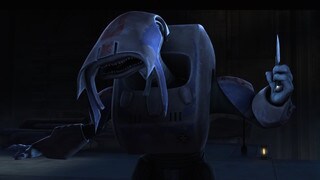 As a Selkath from the aquatic planet of Manaan, Chata Hyoki wore highly specialized armor that helped keep his skin moist as he made a name for himself in the galaxy as a feared bounty hunter. On the other hand, he was a drunk who haunted Coruscant cantinas. During the Clone Wars, he worked with fellow bounty hunter Robonino to intimidate Senators into changing their votes in the Senate on behalf of Count Dooku. Dooku raised the stakes by instructing the pair to assassinate Senator Amidala, a scheme the Sith lord had tried numerous times before with little success. Hyoki and his compatriot failed in their assassination attempt and were arrested when they attacked Senator Bail Organa at the Senate building. 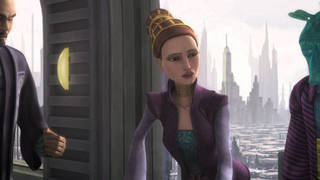 Director Dave Filoni discusses how a Special Guest Director added a little zip to this episode. 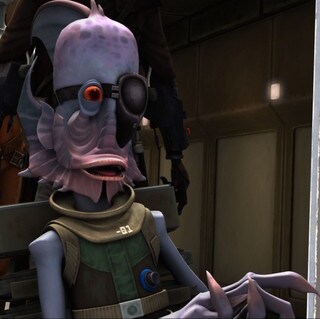