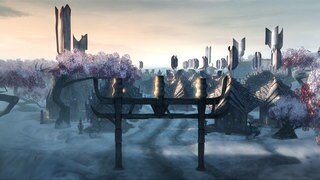 A beautiful, snow-draped world in the Outer Rim Territories, Carlac avoided much of the violence of the Clone Wars. But when the nomadic Death Watch warriors turned it into a camp, the planet and its peaceful Ming Po people faced death and destruction. The cruel Death Watch warriors erected temporary tents next to a Ming Po town, and raided the defenseless village for servants. Chieftain Pieter, leader of the Ming Po, demanded that Death Watch leave Carlac at once, unleashing the cruel temper of Pre Vizsla.