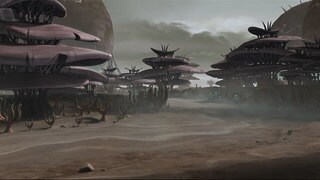 Not far from Patitite Pattuna, the planet Balnab is a primitive world, made of a stellar remnant still in the early stages of its development. In its relatively recent past, an alien starship crashed on the planet, and the surviving crew became the lone intelligence on the primeval world. Intelligence is a relative term, of course. The Balnab denizens were hoodwinked into cowing before the towering holographic form of Albee Dewaw, the iron-fisted dictator of Balnab. During one of their misadventures of the Clone Wars, C-3PO and R2-D2 revealed the truth behind Albee Dewaw to the stunned Balnab dwellers. 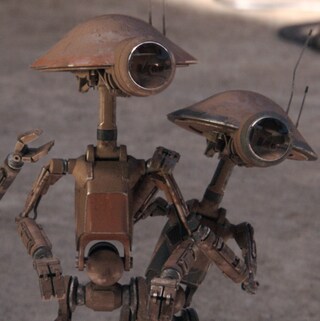