Notable for its colorful, beautiful architecture that blended modern and classical sensibilities, Takobo was a peaceful world. It was also home to a large Ithorian population in an area known as Hammertown, where the Empire's Inquisitors would alarmingly track a Force-sensitive baby named Pypey. They would fail to capture the child, however; the Ghost crew rescued Pypey, and Ahsoka Tano fought and defeated the dark-side warriors in the capital city’s streets. 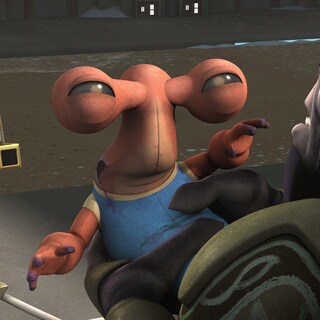