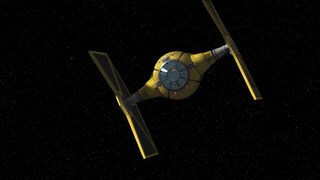 As the Mining Guild was in league with the Empire, its forces were granted certain Imperial weaponry and craft, including TIE fighters. Mining Guild TIE fighters, however, had a distinct yellow color scheme, clearly delineating that they were not in direct service of the Empire. They also had a notch cut in their stabilizers, allowing for improved visibility, but making them lackluster when it came to combat. 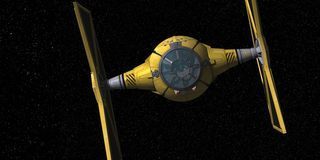 In this clip from the Star Wars Rebels episode “The Call,” Ezra, Kanan, and the Ghost crew find themselves in deep space surrounded by giant creatures. All is quiet until something spooks the animals… 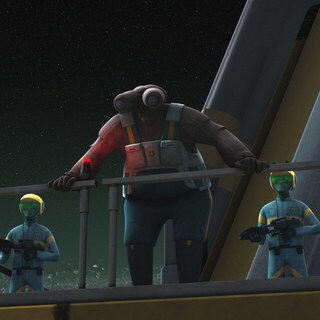 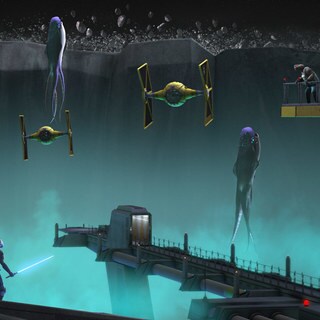 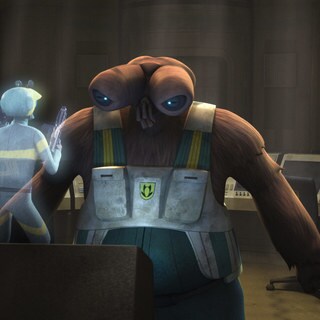