Lothal Depot was a landing area on the Outer Rim planet. When Princess Leia Organa came to Lothal with three Hammerhead Corvettes meant for the rebellion, she docked in the Empire-controlled area -- and her ships were quickly fit with gravity locks. Only through a clever plot hatched with the Ghost crew were the locks released, and the ships allowed to escape Lothal Depot. 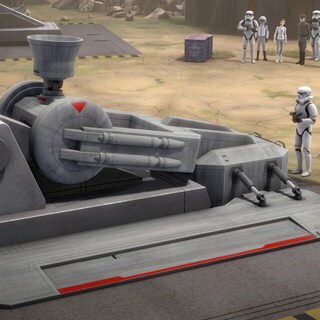