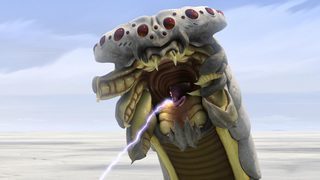 A worm-like beast with a crown of bright red eyes, the joopa makes its home deep below the crust of the planet Seelos. The creature's absence of teeth allows it to swallow its prey whole, most notably Lasats, a particular favorite meal of the joopa. The clones Rex, Wolffe and Gregor, however, attempted to catch joopas for their own nourishment, using Zeb as their bait. A single joopa could feed the crew for an entire year. 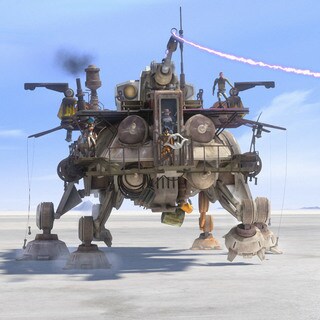