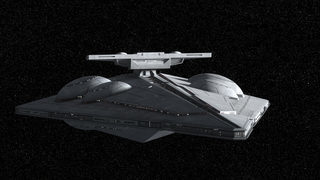 A massive and experimental craft, the Imperial Interdictor was equipped with a gravity well. It could pull other ships out of hyperspace, making it a dangerous tool for the Empire. One of its first catches was a rebel ship carrying Commander Sato and Ezra Bridger, and Admiral Brom Titus of the Interdictor quickly placed them under arrest. When Rex, Kanan, and Chopper came to rescue them, the rebels would turn out to be more than Titus bargained for. Chopper rigged the gravity weapon to malfunction; when the rebels escaped and the Interdictor tried to draw them in, it also pulled in other large Imperial ships. The Interdictor was destroyed, and the rebels returned home. 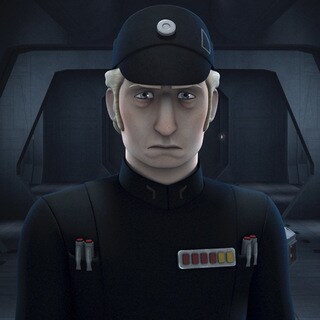