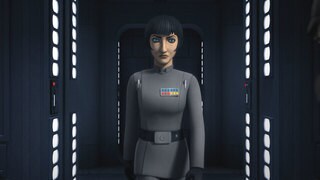 Arihnda Pryce was governor of the Lothal Sector, a confident leader, and believer in the Empire. While Lothal was under control, Pryce still wanted to eradicate the rebel threat. To do so, she asked for the Empire’s seventh fleet, citing the need for a commander who “sees a bigger picture.”